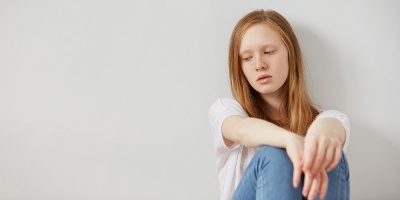 "The Future in Mind procurement process in Harrow is one of the most innovative that I have been involved in during my career."

Some 4000 children and young people in Harrow are eligible for Emotional Health and Wellbeing Support but do not currently receive any. In recognition of this, NHS Harrow Clinical Commissioning Group (CCG) identified an opportunity to improve upon early intervention therapeutic services available to local children and young people by procuring a new, innovative service model in collaboration with the local authority and other local organisations.

This service would support children and young people experiencing issues such as bereavement, family breakdowns, self-harm, anxiety, depression, school exclusion, abuse, obsessive compulsive disorders, difficulties with eating/sleeping; as well as those with autism and learning disabilities.

The objective of the procurement exercise was to introduce a community based, targeted Emotional Health and Wellbeing Service in Harrow providing appropriate early intervention to all children and young people. Procurement planning started in May 2016 with the intention of the full service beginning in June 2017.

To ensure that an effective, single service would be established, NHS Shared Business Services (NHS SBS) managed an extensive programme of engagement involving local NHS organisations, the local authority, schools, parents, prospective providers and, crucially, children and young people in the development of its service specification and award criteria.

NHS SBS then designed and managed a bespoke competitive procurement process to deliver an effective solution that would deliver the right outcome for the young people of Harrow.

Following evaluation and moderation of applications during January 2017, children's charity Barnardo's was selected, offering overall best value and quality. The new service benefits have now been contracted and the service, branded 'Harrow Horizons', began in April 2017 - two months ahead of schedule.

The breadth and scale of collaboration and pre-procurement engagement in its planning made this procurement unique. In order to establish meaningful assessment and award criteria, engagement began with co-production of some high level objectives that were to be achieved through the delivery of the service.

Objectives were carefully considered during a series of workshops facilitated by NHS SBS, alongside focus groups and market engagement events where children and young people were brought together with prospective service providers, schools, parents, the LA, public health and the CCG to solve a shared issue.

At the workshops, the service specification was collaboratively developed - starting with brainstorming on flip charts, through several draft versions until a final version was agreed. The service model is based on a bespoke, innovative "pick and mix" menu allowing children and young people to tailor their use of the service to meet their individual needs.

In addition to their involvement in the design of the service, children and young people were offered the opportunity to participate in the procurement exercise itself. NHS SBS helped young people to develop, and later evaluate, bid response questions. This gave them a unique opportunity to directly influence the provider selection process.

The new service, 'Harrow Horizons' brings one of the UK's largest children's charities to Harrow, supplementing the existing third sector presence and increasing mental health services for young people. The service will provide support that complements and integrates with existing provision, through partnership working with other health, education, social care and voluntary sector agencies in Harrow.

In Harrow, over £1.5 million is spent each year addressing mental health issues for children and young people. NHS SBS designed a collaborative process that enabled the best value to be obtained from this budget, recognising the wider health, social and economic impact of mental health.

The previous multiple, small, fragmented contracts have been replaced with a single holistic service ensuring that those in need have access to support through one single point of access. This will significantly reduce the likelihood of children and young people "slipping through the net".

Currently, just under half of all schools in Harrow are buying into the new service and this is expected to grow. To address this, SBS designed a marginal pricing model that would allow for service expansion in line with demand.

Paul Hewitt - Divisional Director for Children and Young People Services - Harrow Council said: "The Future in Mind procurement process in Harrow is one of the most innovative that I have been involved in during my career, as it not only involved core agencies such as the local Clinical Commissioning Group, the Local Authority and schools pooling budgets and resources; but also empowered young people to contribute to the specification of services that would most help them in achieving well-being. Throughout the process young people have been consulted and engaged in the market events and the evaluation of bids, right the way through to the naming of the service with the new provider. This exemplifies best practice and innovation with young people being at the heart of the mobilisation of the new service."

To hear how your NHS organisation could also benefit from partnering with NHS Shared Business Services, contact us at sbs-w.corporatemarketing@nhs.net